If there is one vitamin in the world that can help optimize a person’s health and well-being is Vitamin D. Traditionally, vitamin D deficiency was associated with the bone disease rickets, but since the disease is now rare, we are seeing other problems caused by vitamin D deficiency. 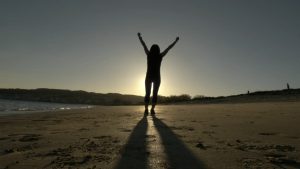 Fortunately, this vitamin can be made and absorbed into the body for free when time is spent in the sun. However, that may not be enough for most to achieve optimal health. Additionally, since many people around the world spend more time indoors than outdoors, achieving adequate blood levels from the sun is difficult and most need to supplement.

Thousands of studies over the last decade have shown health benefits when one optimizes vitamin D intake. These studies tell us that those with higher levels of vitamin D in their blood have lower risk for heart attacks, breast cancer, colon cancer, multiple sclerosis, type 1 and type 2 diabetes, high blood pressure, and other health complications.

Studies have shown that almost half of the population is deficient in Vitamin D (African Americans having a prevalence of 82%). Vitamin D is made by sun-exposed skin only during certain times of the day, usually around noon. Getting at least 20 minutes of sun exposure daily is enough to satisfy your requirements but most people generally don’t go outside most days of the week.

Another cause of Vitamin D Deficiency is geographical location. Living in northern states means you don’t have as much direct sunlight exposure. From November to April the sun’s rays aren’t strong enough to supply our bodies with Vitamin D at all, making supplementation essential, especially during the winter months.

So, what can vitamin D do? Studies show vitamin D helps relax the blood vessels, which carry blood throughout our body, resulting in lower blood pressure.

Heart disease in the United States accounts for almost 1 million deaths each year. A Harvard University study showed that people with higher levels of vitamin D in their blood had 80 percent less risk of heart attacks when compared to those with the lower blood levels.

While consuming a healthy diet and maintaining a normal weight also helps prevent most cancers, studies show that vitamin D can also be of value.

A 2007 study from University of California San Diego showed a 50 percent reduction in breast cancer in women who had vitamin D levels greater than 52 ng/ml (125 nmol/l). 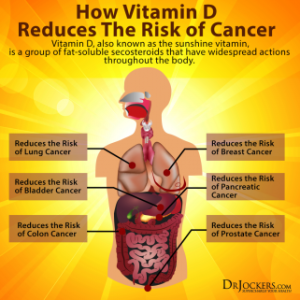 A July 2017 study of almost 51,000 women showed supplementation with vitamin D reduced risk of breast cancer by 21 percent in women who were postmenopausal (i.e. no longer having their monthly menstrual cycle). Another study showed that those women who lived in areas with more sunlight exposure had a 25 to 65 percent reduction in breast cancer.

Other Risks of Vitamin D Deficiency

Numerous other studies show those with lower vitamin D levels have higher rates of the following:

The importance of vitamin D is obvious, and supplementation is crucial to your health. 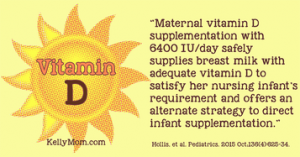 Most deficient adults will need to take a daily dose of Vitamin D (cholecalciferol) ranging 2,000-5,000 IU of Vitamin D. Some may need more.  Pregnant women and mothers who are breastfeeding should also consider supplementing with vitamin D at 5,000 IU daily. Vitamin D can be taken by most healthy children from 1 to 18 years of age. The usual dose is between 1,000-2,000 IU daily.

Not all Supplements are Created Equal

If you walk down the nutrition supplement aisle of a grocery store you will see dozens of different types of vitamin D supplements. How are you supposed to know which ones are good and which are bad? The best way to find a good, reliable source of Vitamin D is to ask your doctor. They should know which are good and which aren’t. Don’t have a doctor you can contact? Don’t hesitate to contact us and we can point you in the right direction.

A great way to get your Vitamin D from a trusted source is to take Cataplex D from Standard Process. Although not for sale to the general public, our office can help in the purchasing and shipment of Standard Process products.

You can also increase your vitamin D levels by spending 15 minutes in the sun during the summer months each day, without sunscreen, allowing your arms, face and legs to be exposed.

Preventing chronic disease is the key to longevity and a high quality of life.  Daily vitamin D supplementation is one vitamin that can actually help us achieve this goal. If you have any questions about what Vitamin D supplements are best please contact our office and we can set up a time for you to speak with a doctor.