Home » About » Meet The Doctors 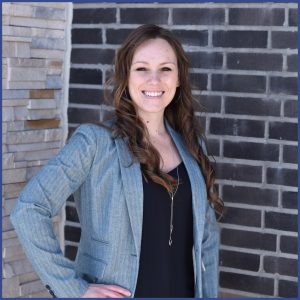 Dr. Christie Halbe was born and raised in Ashland, WI. After completing her high school education as Valedictorian, she began her college education at the University of Wisconsin – Eau Claire where she received her Bachelor of Science degree with a double major of Biology and Psychology. She then continued her education at the prestigious Palmer College of Chiropractic in Davenport, IA where she earned her Doctor of Chiropractic degree with Magna Cum Laude honors in June 2008. She also received numerous awards for academic performance, leadership, and clinical involvement. Dr. Christie was also selected to participate in the clinic abroad program in Brazil to treat thousands of underprivileged people, both young and old. With great focus on her studies, Dr. Christie had finished her clinical requirements early and had the opportunity to work within a chiropractic office for four months before graduation. There she was able to make changes and decisions on directions she would take within her profession. After the birth of her son, Dr. Christie took an associate doctor position in a well-established office in Monroe, WI. Here she enjoyed learning from both mentors and patients on all the joys of being a Chiropractor. Dr. Christie is committed to helping individuals of all ages in the community experience improved health and vitality.

Dr. Christie lives in Lakeville with her husband, Tony, who manages the office and oversees the rehabilitation, and their son, Camdon, who is active in sports and other Lakeville activities and has been regularly adjusted since birth. 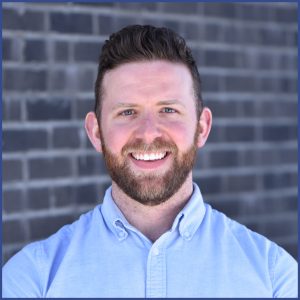 Dr. Jake McGee was born and raised in Mondovi, WI. He went to Mondovi High School where he participated in football, basketball, and track. After graduation, Dr. Jake went to the University of Wisconsin- Eau Claire where he received his Bachelor of Science degree with a major in Psychology. He was pursuing a field where he would be able to work with individuals with Autism as he has two twin brothers that are both diagnosed with Autism. As he explored career options in the field of Psychology, he became sick with a blood infection. He had open heart surgery and now has a mechanical valve. After the surgery he had issues with his shoulder and mid-back and soon found a Chiropractor who was able to fix the shoulder issues and get him back to the state of health he was in prior to the infection. Amazed by the ability to help people heal with his hands and nutrition, he chose to go back to school at Northwestern Health Sciences University in Bloomington, MN where he earned his Doctor of Chiropractic degree. It is here he decided to become a lifetime student of health and Chiropractic, and to help others who may be experiencing similar pain with the body’s natural ability to heal.

Dr. Jake now lives in Uptown and joined Exuberance Chiropractic & Wellness Center January 2019. In his free time he enjoys traveling, hitting the gym, being outside and being active. If you have a favorite local coffee spot, let him know!